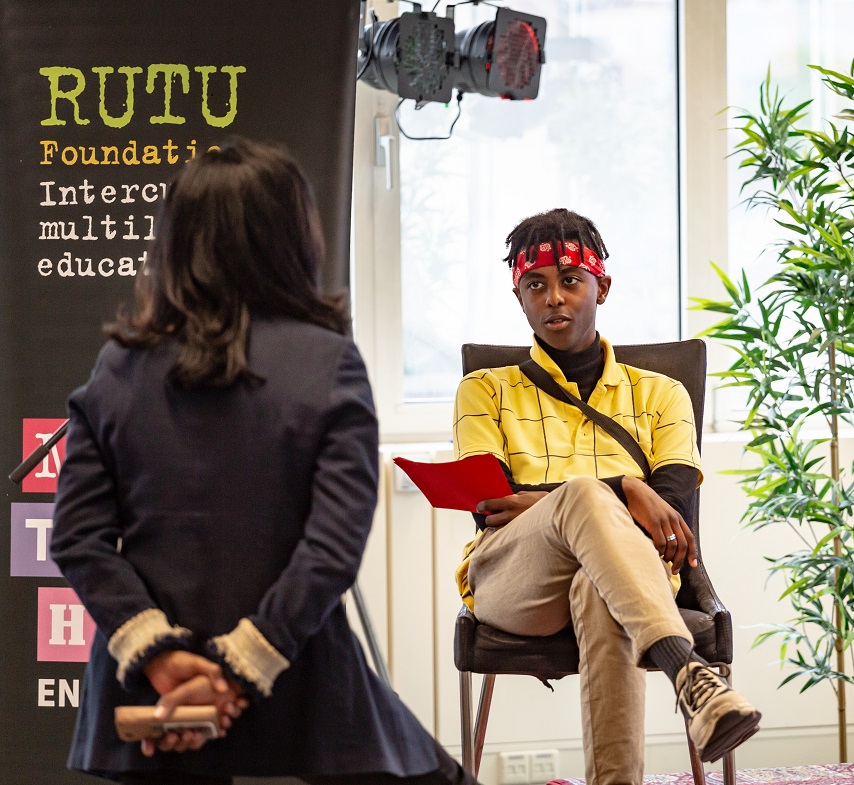 Since the murder of George Floyd in the United States, there have been worldwide protests against discrimination and racism, including in the Netherlands. While there is a lot of attention for this topic, there is very little discussion about the impact of racism and discrimination on children. This is why, on 22 September 2020, the Kinderrechtencollectief (Children’s Rights Collective), the Rutu Foundation and the city district council of Amsterdam Zuid-Oost organised an expert meeting about racism and children’s rights in the Netherlands.

The Kinderrechtencollectief and the Rutu Foundation drafted a discussion paper to gather what we know and what we don’t know about racism against children in the Netherlands, focusing on the domains Education, Children’s Services, and Juvenile justice. This was compared with the Convention on the Rights of the Child and the recommendations of the UN Committee on the Rights of the Child.

Children also shared their experiences with us. Based on this discussion paper, experts came together to share missing information and to check if the image portrayed by the discussion paper corresponded with reality.

Chairperson of the city district council, Tanja Jadnanansing,  is committed to the participation of children on this topic. The Children’s Committee of the city district Amsterdam Zuid-Oost specifies that they want to address racism and discrimination. Tanja highlights that children should not be underestimated. They know more than adults realise and should be involved in the topics that concern them, such as racism and discrimination. Former chairperson of the Children’s Committee, Nikki (10 years old), proved that by leading the afternoon, together with Erben Oosting (19), board member of the Nationale Jeugdraad (National Youth Council).

That afternoon, the experts addressed racism and discrimination in the domains of education and children’s services. Both groups said that significant information is lacking about the experiences of children, especially in the Caribbean parts of the Dutch Kingdom.

In the group focusing on education, it was stated that racism is present at multiple levels, but that it is often subtle in nature and therefore difficult to address. Institutional racism needs to be recognized and explicitly defined. The curriculum and teacher training programs lack knowledge about racism, discrimination, and the concurrent obligations that arise from human rights treaties. This needs to become a mandatory part of the curriculum and also in teacher training (PABO). Additionally, the complaint mechanisms must become more accessible. Victims often do not know that they can file a complaint and experience this as something “that’s just part of the deal” if you belong to a minority. Finally, sharing good practices like the Language Friendly School is the last recommendation.

A need for information

Experts in children’s services and youth care confirm that complaints of children about racism are often put under the umbrella of other domains because the racism experienced by children is often accompanied by other problems. Therefore, it is unclear how often children report racism and discrimination. Maartje Schulte, judicial advisor juvenile law at Defence for Children, argued that an important first step could be to educate teachers and children’s services about racism and discrimination that children can experience in youth care and in foster homes.

The Kinderrechtencollectief and the Rutu Foundation will complement the paper with new insights and information, before making recommendations to the Dutch government.