The Rutu Foundation is committed to supporting quality education for Indigenous Peoples. As part of our series on Distance Learning for Multilingual Learners, we created a list of Digital Language Resources for Indigenous Peoples which can assist the preservation of Indigenous languages and raise awareness as to the threats that indigenous peoples are facing, a situation compounded by the COVID-19 crisis.

The loss of Indigenous languages has been the subject of increasing concern. The UN General Assembly declared 2019 the International Year of Indigenous Languages; and the International Decade of Indigenous Languages will begin in 2022. Among the 7,000 spoken languages, at least 43% are endangered. The majority of these are indigenous languages. UNESCO estimates that by the end of this century 3,000 indigenous languages will have disappeared. Languages are the vehicle of communication, and their loss has inevitable and irreversible consequences for cultural, historical and identity heritage, globally. Losing a language also means losing traditions, knowledge and customs. This is what many Indigenous Peoples are experiencing.

Respecting, preserving and revitalizing Indigenous Languages are part of Indigenous Peoples’ fundamental rights. For this reason, policies to guarantee these rights must be implemented internationally. However, Indigenous rights are threatened and violated by governments all around the world and Indigenous Peoples face persistent discrimination. The lack of protection of their rights and of policies to empower and safeguard their linguistic and cultural heritage also have crucial consequences for life on the planet. Indigenous Peoples’ traditional knowledge is also an essential resource for the preservation of our ecosystems and for the fight against climate change.

The greatest challenges to the revitalization and intergenerational transfer of Indigenous Languages lie in education. Indigenous Peoples have the right to quality education; they also have the right to be educated in their own languages and to practice and revitalize their cultural traditions and customs (UN Declaration on the Rights of Indigenous Peoples – Articles 11 and 14). However, most (state-led) schools reflect urban, western lifestyles and values, excluding and perceiving Indigenous language and knowledge as regressive and illegitimate. As a result, children are often discouraged from speaking their language and indigenous concepts, histories and cosmo-visions are excluded from school curricula.

COVID-19 and the impact on Indigenous language learning

As underlined by the UN, COVID-19 has made this situation even more critical for Indigenous Peoples. In many cases, Indigenous Peoples lack adequate support and access to healthcare. Efforts to protect indigenous communities are suffering from a lack of information about the virus and prevention measures in indigenous languages. This situation is even worse for Elders, the most at-risk group. Their role is key for keeping and transmitting Indigenous heritage, and their passing will have a crucial impact on its preservation. Furthermore, for many indigenous learners,  quality distance learning or internet connections are not available. All this results in a deep education crisis for many Indigenous Peoples.

The lists below provide online resources and apps that can be used to start or continue indigenous language learning. You can also find a section on information about COVID-19 in indigenous languages. Feel free to share these with your network.

To gain a deeper understanding of Indigenous language loss, we recommend the following videos:

Other resources curated by the Rutu Foundation for multilingual learners can be found here:

There are many Language Learning Apps providing courses to learn and practice Indigenous Languages. We recommend two articles that offer a detailed selection:

All The Indigenous and Endangered Language Learning Apps You Need, by Lindsay Does Language, and From Náhuatl to Guaraní: 5 Apps to Help You Learn Indigenous Languages, by Remezcla.

Examples of apps include:

Memrise – a wonderful platform providing language courses in a huge variety of Indigenous Languages, including:

Duolingo – the famous language learning app also offers some courses on Indigenous Languages, such as Navajo and Hawaiian from North America and Guarani from Latin America.

Drops – among the 35 language courses offered, you can also improve your knowledge of Hawaiian, Maori and Samoan.

Master Any Language – both an App and a website where people can practice languages in many interactive ways, e.g., games, tests, flash cards and other activities. Courses are available in many Indigenous Languages, such as: Cree, Greenlandic, Inuktitut, Inupiaq, Ojibwe, Guarani, Quechua, Aymara and many others.

uTalk – provides language courses in several Indigenous Languages from around the world,  specifically, Asian, African and Australasian languages, like Maori, Samoan and Fijian. It is available on computers and phones.

CBC.CA – provides an overview of beautiful comic books and video games for children. The games and comic books feature indigenous characters, developed in collaboration with elders, storytellers and community contributors. 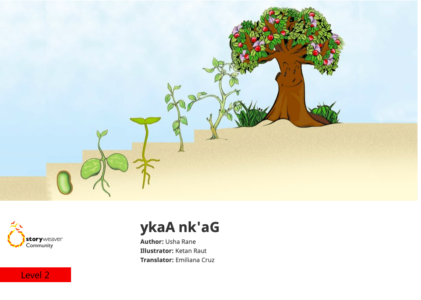 COVID-19 Pandemic: Language matters – promoted by the International Year of Indigenous Languages, the platform provides useful resources about the role of languages in the context of COVID19. Its goal is to fight misinformation and disinformation, making people aware of the crisis and protection measures. It provides informative materials about health, distance measures, hygiene, prevention in different languages, including Indigenous Languages.

Northern Land Council – the Northern Land Council is an independent authority in Australia responsible for supporting Indigenous Peoples of the Northern Territory. They focus mainly to Indigenous land rights and management. On their YouTube channel, they provide interesting videos telling stories and experiences of Indigenous Communities in Australia. They also published a collection of videos specifically devoted to COVID information, which are available in different Indigenous Languages. Among them, Warlpiri, Murrinh-Patha, Kunwinjku, Central Arrernte, Alywarr, Warumungu, Anmatyerr etc.

FUNPROEIB Andes – Together with other videos about Indigenous Peoples’ traditions and practices, the Fundación para la Educación en Contextos de Multilingüismo y Pluriculturalidad (FUNPROEIB Andes) collects a series of videos on its YouTube channel aimed at providing Indigenous Communities with information about COVID19 and its prevention. Videos are available in Yurakaré, Urus, Quechua, Guaraní and Chiquitanía.

Barbijos andinos: saberes ancestrales para prevenir el contagio del coronavirus – this report is an example of how Indigenous Communities are using their ancestral knowledge to protect themselves from COVID19. In this video, women from La Paz create homemade masks using their traditional fabric and Andean drawings. 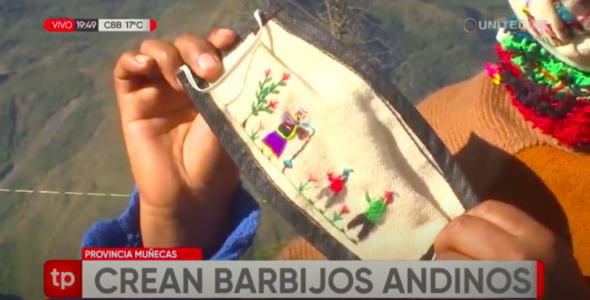 Lideresa del pueblo Mbya Guaraní enseña cómo hacer lejía – this video shows how an Indigenous community in Paraguay used their traditional knowledge to  create a “lejía”, a natural disinfectant. This homemade product is particularly useful against COVID19 where clean water is unavailable.