On Wednesday 21 September 2022, the Global Network on Indigenous-Led Education (ILED network) presented its first spotlight publication; ‘Pass it on! Stories of Indigenous-Led Education from the Grassroots’. The well-attended online gathering included an engaged audience of community organisations, support organisations and donors.
The publication, seizing the momentum created by the start of the UN International Decade of Indigenous Languages 2022-2032, spotlights the various examples of self-determined education initiatives based on communities’ own priorities and ways of learning, with the aim to empower youth. The stories highlighted in the publication also reveal the many issues and challenges around education and language loss faced by Indigenous peoples worldwide. The soft-launch of the publication took place on 9th August, the International Day of the World’s Indigenous Peoples.

For the official launch, the ILED Network hosted an interactive webinar with the following objectives:

The participants were welcomed by Ellen-Rose Kambel of the Rutu Foundation for Intercultural Multilingual Education. Caroline de Jong of the Forest Peoples Programme then briefly introduced the Network:

“About 2.5 years ago, in a moment of synchronicity, we, as the founding organisations, found ourselves having similar, overlapping discussions around the pioneering initiatives that communities were setting up or wanting to set up to engage children, adults and elders in activities aimed at passing on and strengthening traditional knowledge, skills, language, arts, generally cultural heritage. We thought that this was essential to pass on the connection to, and care for, land and territory to the new generations. So we said:  let’s try and create a network as a space for people working on this, to support each other, learn from each other and share opportunities with each other.”

Two years later, today ILED has a small secretariat and 12 member organisations who are working together to create more traction and support for these grassroots initiatives through the following activities: 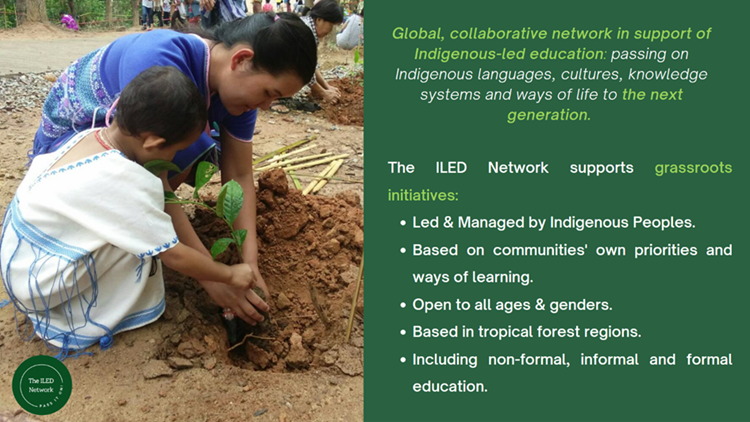 Cecilia Uitermark of the ILED secretariat at Rutu Foundation, and the main researcher and writer of the publication, then presented the publication. The topic of the network’s first publication was chosen to be around languages, as a contribution to the current UN Decade that addresses the critical situation of Indigenous languages worldwide. With the report, the network wanted to generate more understanding of the interlinkages between linguistic vitality and the broader resilience and well-being of Indigenous communities and their territories. Cecilia summarized the publications’ key messages that came through the collection of the community case studies.
A vital message was that mainstream education often misses the mark, with its text-based, and classroom-based lessons, not relating to Indigenous worldviews. Often the dominant language is used, and children are discouraged and sometimes prohibited to use their mother tongue. For oral languages it is especially challenging, as there is hardly any space for their use in formal education systems. Click here to see the full presentation of the webinar.
Then, the heart of the meeting consisted of three break-out rooms where ILED-partners shared stories about their grassroots initiatives. 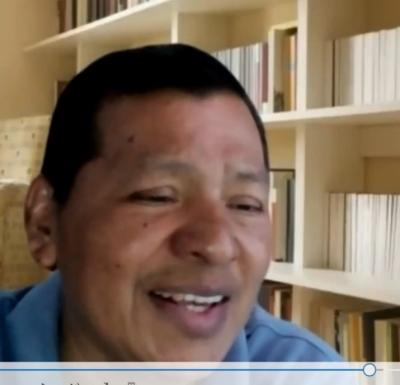 In the break-out room on Indigenous Languages & Mainstream Education, Alí Garcia Segura of the Bribri Peoples in Costa Rica spoke about the challenges and discrimination in the mainstream education system in Costa Rica and the alternatives which the Bribri peoples are developing. His key message was that for the Bribri, conventional education is not the answer, but is rather the cause of many problems and loss of knowledge. This is why the Bribri invest in their own systems.

“In our language we don’t have a word to translate the Spanish word ‘education’. We use a term that is best translated as ‘construction’ or ‘formation’ of a person.”

Onel Masardule from FPCI, Panama was supposed to present in this room, but unfortunately faced connectivity problems. Follow the link to access his presentation about bi-lingual and multicultural education in Guna Yala.

In the break-out room on Indigenous Languages & Youth Empowerment, Wilailuck Yerbaw and Ms.Khankeaw Rattanawilailuck from the IMPECT Association, Thailand shared beautiful examples of initiatives at the Morwakhi Community School. The Morwakhi Learning Centre project, located in Nong Mon Tha Community in northern Thailand, aims to enhance the capacity of children and youth in the community to lead the implementation of cultural heritage activities. Activities in this project are designed to develop the potential of youth leaders; to improve the process of learning their own cultures, including mother tongue languages, weaving, music and dance, ritual, and ceremony. Click here to see the full presentation of Keystone Foundation. 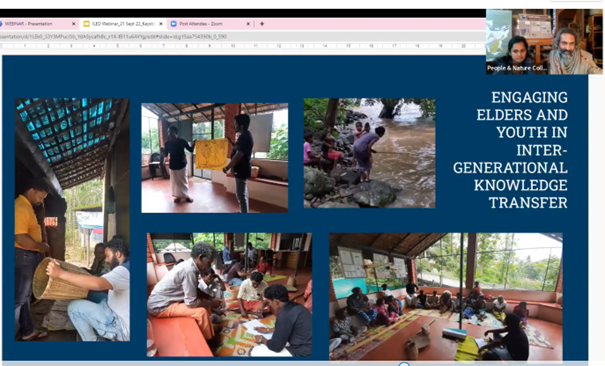 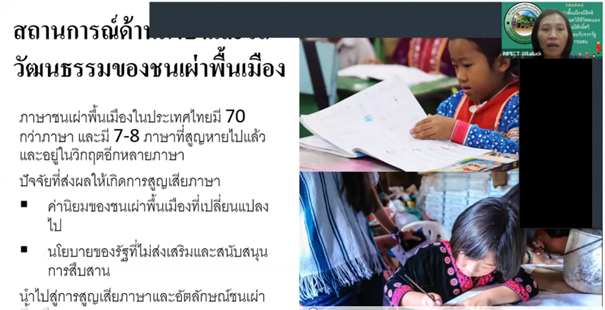 Also in this room, Ranjani Prasad & Faisal Rehman from Keystone Foundation, India spoke on behalf of a collective of communities from the Nilambur region in India – Kattunaickan, Cholanaickan and Paniya communities – about their project which established a Knowledge Exchange Hub & Community Museum. Through this project, they aim to revitalise traditional modes of knowledge transmission based on oralities, and to share ideas of sustainable ways of living with communities residing in the region. In the Community Museum and Resource Centre, weekly knowledge exchange and learning takes place with a focus on interaction between elders and youth. Click here to see the full presentation of IMPECT Association.
What stood out for the audience from this presentation was that as young as at the age of five or six, the children move out of the community to go to residential schools, and that is where the disconnect begins. A concrete example is fishing knowledge, which should be passed on when the monsoon season starts. However, this is the same time as schools start and a lot of children from the community therefore miss out on the opportunity of learning to identify the different fish species and associated knowledge related to the environment.

In the break-out room on Indigenous Languages & Sustainability, the participants could listen to contributions from Milka Chepkorir and Pamella Kuto of the Sengwer Peoples in Kenya and Robert Kugonza from Friends with Environment in Development (FED), Uganda. Milka and Pamella talked about their women’s group initiative aimed at educating the children of the Sengwer community of Kabolet on the importance of restoring the eroded ecosystem by growing trees. They also addressed the power of song for knowledge transmission.

What stuck with the listeners of Pamella and Milka’s presentations was the close interlinkage of language and culture. In Milka’s own words: “it is the language that keeps the forest. Without the songs and without the language we don’t have forests”. This is an important counterpoint to many western conservation approaches, which do not include that dimension.
In his own presentation, Robert Kugonza addressed how cultural knowledge and Indigenous languages are the missing link in conservation approaches in his country, Uganda. What stood out from his presentation for the audience was that for his communities, the way they learn about the environment (including medicinal practices) is ingrained in their local language. The knowledge is in the name of the plants. This is something that would get lost in translation when described in English for example. Knowledge and key information about animals is also very specific in the sounds and in the songs and the music– a very specific way of teaching and learning. If these communities lose their language, they lose the immense knowledge essential for their daily life.
It was clear from the discussions that the presentations resonated with the audience and that a lot of the problems were recognised and felt in other places. Several reflections and reactions were shared after the presentations, supporting the importance of ILED as well as the encouragement to continue its work.
At the end of the webinar, Milka Chepkorir, who is also the regional coordinator of the network for the Africa region, summed up the recommendations from the publication:

The meeting closed with an invitation for the participants to let the network know what they would like to learn/hear more about; to share information on their/other ILED initiatives, and to come up with new ideas about strengthening or supporting the network. Everyone was invited to follow the ILED Network on social media and share the publication in their own networks.

This event was made possible thanks to the ILED network funders: Arcadia Trust, the Christensen Fund, SwedBio, Fair, Green & Global Alliance (FGG) and Global Alliance for Green & Gender Action (GAGGA).